Rise to the occasion for clean energy

A rooftop covered in heating and air-conditioning units is not ideal for solar panels, but with a clever canopy system, that’s a problem of the past. At no cost to the building owner, SaveSolar just completed a project that is now providing clean energy to all 157 units of an apartment building near Logan Circle in Washington, D.C. This is just one of many examples of how SaveSolar is helping the District and the nation move closer to solar in the coming years.

And because we used a canopy system built by Universal Renewables (a unique and increasingly popular technology) the rooftop is now generating twice the amount of energy than would’ve been possible without the canopy – meaning SaveSolar was able to save the building owner twice the amount of money on energy bills for the next 20 years. This clean energy goes straight back into the building (through a net metering system), powering the units belonging to 157 families. While most solar providers don’t offer rooftop canopy systems because it cuts into their margins, SaveSolar knew that a canopy was the best option and provided one at no cost to the building owner. Thanks to the local D.C. government for their bold solar policies, this new project is just one of many to benefit the District and the nation in the next few years.

Aside from getting around – or getting above – heating and air-conditioning units to maximize output, a solar canopy system also allows for easy roof repair and replacement without the need to decommission the solar panels. So for building owners with old or HVAC-covered rooftops, a canopy system that lifts the solar panels 4 feet off the roof is a cure for future headaches when it’s time for HVAC repairs or even to replace the roof. The PV system can remain in place while repairs are done, making it a safe, convenient and cost-effective way to go solar. This is true even if you have a warrantied roofing system. The canopy experts at Universal Renewables include two professional engineers who inspected the site to test the structural integrity of the canopy system and of the building itself, certifying that it can withstand a snow load of 21 pounds per square foot, the weight of the solar panels themselves (3.5–4.5 pounds per square foot) and sustained winds of 115 mph. Universal Renewables entered the renewables market in 2011 and has since brought groundbreaking innovation to the industry in Washington, D.C. Universal Renewables is proud to manufacture its products in the United States.

We’re proud to be partnering with Universal Renewables to utilize their innovative canopy solution - these systems minimize the need for upfront roof remediation and maximize solar benefits back to residents. 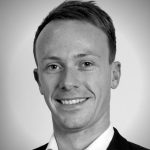 SaveSolar is a Washington,D.C.-based organization that specializes in developing community solar assets. We work with building owners to finance and build solar assets, then compensate them with long-term revenue and generate that solar energy back into the utility. This energy is then provided at a discount to residential, low-income and community subscribers. Our mission is to help the District reach its renewable energy goals and to lower the cost of electricity. The SaveSolar executive leadership team has over 60 years of combined experience in renewable energy markets in Canada, Australia, New Zealand and the United States. We have diversified experience across construction, finance, project management, technology and sustainability.